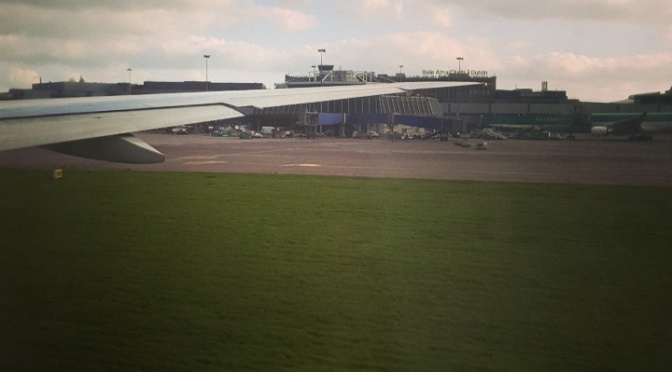 Ready to tick off year 1 of the 5 year plan (the travel one, not “Don’t get pecked by a kestrel”, which is also the 10 year plan), your 2 girls firstly need to get in 1 country. Fortunately for Susan the big big t big big initial flight was from her hometown of Dublin, so she got to have a relaxing preparatory night (read: running around like a lunatic trying to finish off work, get her hair done – thank heavens for having an amazing live in hair stylist, oh and packing would be a good idea) while Jill had to dash straight from work to the airport (and was very pleased with herself having managed to actually get on the right plane this time, so we’re 1 up already on the previous year’s progress!).

Susan had arranged a champagne (ok, Karpackie – the finest of all Polish lagers) reception at her apartment, as Jill hadn’t been over to Dublin for ages and Susan was eager for her to meet her new (not that new as Darragh moved in about a year ago, but new for Jill who hadn’t met them) friends. We all had a good laugh over several beers while distributing and repacking the massive bag of travel supplies Jill had brought with her (being a member of the holy order of Amazon Prime, all the last minute deliveries went to her house), admiring our respective shiny new backpacks and hiking gear, and talking shit with Darragh, Rodrigo, Zoe and Mark, so God knows what time we got to bed.

Everything was going smoothly until in the taxi, halfway to the airport Susan became increasingly flustered and was frantically pulling stuff out of her handbag…”I can’t find my purse! I think I left it in the house!”. Of course we couldn’t proceed with one of us lacking one of the two fundamentals (being 1. Passport and 2. Bank cards – everything else can be lost/forgotten with no major impact) so the taxi did an about turn and sped back towards Mountjoy Square, while Susan rang Mark to get him out of bed to look for her purse, providing a list of likely locations, all of which came up negative and we were really stressing out. Then, just as we were pulling into the square she had a eureka moment and remembered that it was in her jacket that was hanging on the bedroom door and relayed this to Mark who came running out of the front door waving the purse and gave us a hug and laughed at how useless we are before we sped back off in the taxi to the airport. Thankfully we managed to check in and get to the gate in the nick of time for our first big flight of the trip to Abu Dhabi with Etihad – neither of us had flown with them before so we were both very excited about flying with a new airline! Panic over! We had a great flight over watching movies (got our “Play!” timing down perfectly), eating our bland diabetic Hundu baby Jew foods and demolishing all the free boozes – that they didn’t even run out of anything on this time! In fact the flight was so good that Jill didn’t even fall asleep once which is a miracel considering you usually just have to show her a picture of a form of public transport and she’s out for the count. 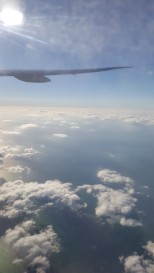 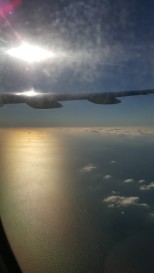 A few champagnes in… 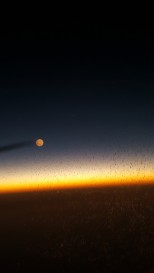 Lots of champagnes in.

It was dark when we arrived excited in Abu Dhabi (a new country off the list for Jill who has never been to the UAE before (and Susan who is deciding to cross off all the individual Emirates separately as she likes to make life difficult for herself)), and we hopped straight on the bus that we thought would take us to our hotel. Alas the roads in Abu Dhabi are incredibly inefficient and have no junctions or turn-offs, so we ended up speeding past the hotel in the bus on the opposite side of the road then having to get a taxi from the next stop, seemingly going in a slowly decreasing spiral (we passed the Sheikh Zayed Mosque (the Abu Dhabi Taj Mahal) about five times from different angles) to eventually get us there. We’d decided on the Ibis Hotel on the basis that it was good value and close to the airport, but mainly due to the Ladies’ Night that was advertised on a Thursday at the Novotel next door (free drinks before 11pm for the laydeez!) so imagine our disappointment when the receptionist informed us that they no longer have Ladies’ Nights on! We dumped our bags in the room and headed defiantly to the “Belgian Beer Bar” to have some non-lady drinks, only to find the terrace full of young drunk Irish people dressed up to the nines (all the girls in their strapless backless) and a busker singing Irish songs. Susan: “I’m sure I’ve been on a plane for seven hours, so why do I feel like I’m still in Dublin? Abu Dhabi is just warm Dublin!”. We had several beers and sat talking rubbish and flicking through the Lonely Planet finalising bits and bobs for the trip before “shall we get something to eat?” even came up in conversation, and by that time it was 11pm (we were still on Irish time and didn’t think it was so late) and too late to go to the restaurant but luckily the bar was still serving food so we got a nice selection of nibbly cheese and potato based foods and some margaritas (having noticed in the menu that they were cheaper than the beers!).

We were very intrigued as to why there were so many Irish around and eventually collared one of them to ask, who explained that they were all there teaching English, and it was one of their birthdays so they were having a party at the hotel with a free bar. They asked us to join them but at this point people were heading off as the free bar was over, it was getting late and we had another early start in the morning to catch the flight to Entebbe in Uganda so we headed up to bed, very excited that tomorrow it would actually be TIME FOR AFRICA!