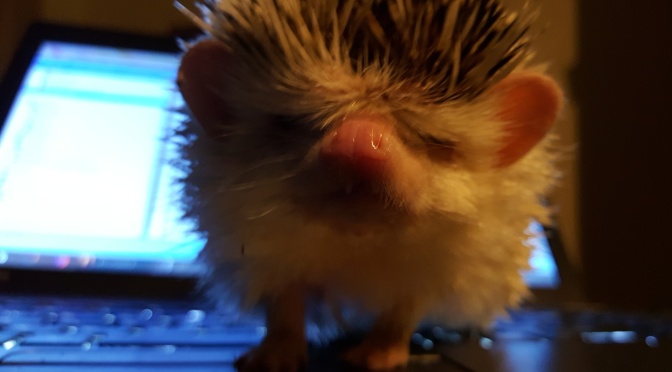 This week, Pinge and Wanglions, we have been busy little bees buzzing around the social media hive and making sweet networking honey! We’re really trying to up our game on the blog front and boost our following a bit – for all we love our little gang of friends and family who make up our loyal tribe on Facebook, we need to start casting our net a bit wider and interact more with other travel bloggers and the internet at large!  We’ve been delving deeper into WordPress as well as trying to get to grips with Twitter – we’ve had an account for ages, but have posted next to nothing on it apart from sharing our blog updates – and have twat our tits off for the last few days and are rather starting to enjoy it.  Not enjoying it though, is Jill’s boss who cannot grasp that she is trying to multi-task her day job with blog promotion duties and is constantly giving her the evils when catching her looking at her phone. Selfish is what is!

First and foremost, this blog is here for us to enjoy reading back over and reminiscing about our past adventures, and that in itself is worth the work that goes into it, but plenty of people seem to be making a proper go of their blogs and even have them as their primary source of income, which is a pie dream for us at this stage (kudos to them though!) but we can’t find any travel blogs where people travel very quickly covering as much ground as possible in their allotted time off from full time jobs like we do, so there must be a gap in the blog market, right?  I think we naively started off thinking that our stories were that great and hilarious that followers would just flock to us like a moth to the flame but the reality is that you need to work your socks off in order for anyone to realise you’re even there! But we can do iiiit! *insert montage*

On the travel front we have a couple of exciting little trips planned over the coming months:

After catching The Bluetones (one of Susan’s favourite bands of the 90s) live in Newcastle last year and having a whale of a time, as soon as they announced new tour dates for 2016 we were right on it and the closest weekend gig to both of us was in Preston (although they have now announced a gig in Sunderland, just across the road from our local but technically further away for Susan, who lives in Dublin). As neither of us had ever been to Preston before, we decided to make a weekend of it as we should really make a point of exploring places in the UK more. We’re there from the 22-24th April so stay tuned for our “doing all the tourist stuff in Preston” report (if there is any). We are actually really excited about it as it’s not often you go to little non-tourist towns in England so we are expecting lots of blank stares and “You decided to come to Preston for 3 days WHY?” from the locals.

Jill has been meaning to do her PADI for ages (we’ve had to pass up on some great diving opportunities due to her lack of licence and had to just snorkel instead) and Susan could do with a refresher since it’s been so long since she last scuba dived, so this week we’ve been on the lookout for somewhere cheap, warm and easy to get to for a 3-4 day diving course. We were thinking somewhere in Europe would be the best (after having been recommended Lanzarote by a diver friend, but the idea of that “Brits abroad” vibe was giving Susan the horrors), fortunately it turns out that our cheapest bet was Egypt! We’ve managed to find a 4 night all-inclusive stay at a resort near Hurghada, including flights from Gatwick for £200 per person! That is a CRAZY price! I suppose we have the terrorists to thank for that one… The local diving centre also does a 3 day PADI Open Water course for a VERY reasonable €250!  So since it’s looking unlikely that we’ll get Glastonbury tickets this year (although we will be giving it our best shot in the resale next week and Susan is determined that we are going to try breaking in again if we don’t get tickets), we’ll console ourselves with doing this instead and have a well earned break from home/work to break up the long months between now and The Big Trip to Africa in October.

On the Africa front, we’ve bought our outgoing flights from Dublin to Entebbe in Uganda (via a night in Abu Dhabi) so shit is getting real! Over the next few pay days we’ll be getting more flights, paying safari deposits and applying for visas. Susan is also gutted but proud that she needs to get a new pisspot as hers has ran out of pages for visas. Crossing borders just won’t be the same without the adrenaline rush of making it through with the Guilty stamp in it (and Jill wouldn’t let her stamp her new one when she got hers).

Susan has also created a lovely world map so we can see at a glance where we’ve been and are planning to go this year (more interactivity on it’s way as doing it manually without being able to use javascript is very time consuming so it may be time to upgrade our hosting). Jill is quite disappointed that it looks like she’s been nowhere compared to Susan, as she’s done a load of the Big Fellas (USA, Canada, Brazil and Russia) so we made the decision to do the Trans-Mongolian in 2018 in order for Jill to get Russia coloured in, and for both of us to bag the other Big Fella that is CHINA!

This same conversation  this afternoon has resulted in us having travel plans agreed until 2020 (probably and then some…) but that probably deserves a whole post of its own so watch this space!